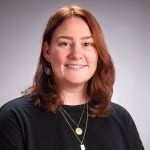 Legislation is the term used to encompass the law made by an Act of Parliament (sometimes called Statutes) or under the authority of an Act. In New Zealand, these are called Legislative Instruments and Other instruments. The Parliamentary Counsel Office, New Zealand's law drafting office, has an explanation of the types of legislation on their website.

Legislation is a primary source of law. If you search Te Waharoa you may find only resources that discuss a particular Act but not the Act itself. Legislation can be found in the following places:

Print versions of New Zealand Statutes are published annually in multiple volumes and sometimes reprinted. Use the Thomson Reuters wall chart in the Law Library to find your Act and where the current version is published.

When searching for legislation online use the help information because every database is different.

If you need more help contact the Law Librarian.

Understanding the constitutional background of a jurisdiction will help you to find the legislation. For example, New Zealand is a constitutional monarchy with a unicameral parliament. Read On the Constitution of New Zealand: An Introduction to the Foundations of the Current Form of Government.

However, the online subscription databases, Lexis Advance and Westlaw New Zealand, provide not only the legislation but related content such as commentary or cases. This functionality gives a useful starting point for legal research.

This link lists the sources of New Zealand legislation that are available to you in print and online.

For legal research the publication Halsbury's Laws of England can be a useful starting point. It is a legal encyclopaedia that covers both England and Wales, organised into areas of law and is regularly updated for currency. The commentary contains references to relevant legislation and cases. The current edition is available on Lexis Advance and in print. The Library also has previous editions in print format.

If you are looking for Australian legislation it is useful to know the constitutional framework of Australia is a "federation which operates a multi-jurisdictional model. The national level comprises the Commonwealth Government, with six states and two self-governing territories comprising the regional tier. The Commonwealth and state Parliaments are bicameral (except Queensland's), while the self-governing territories have unicameral legislative asemblies." Mary-Rose Russell (ed) Legal Research in New Zealand (LexisNexis, Wellington, 2016) at 277.

A useful starting point for research can be the two online subscription legal encyclopedias Halsbury's Laws of Australia available on  Lexis Advance and the Laws of Australia on the Westlaw NZ platform. They are organised into topical chapters that you can browse or search across the entire publication. These sources provide commentary and references to legislation and cases. They are periodically updated to maintain currency.